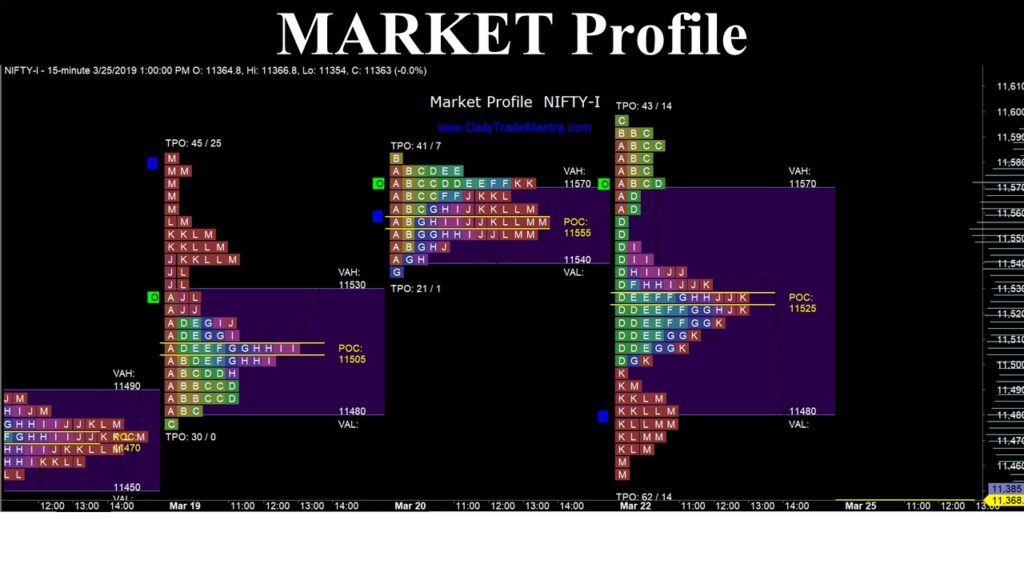 What is Market Profile

Market Profile is analyzing any scripts movement based on price action for intraday trade. The profile gets created by letters starting from “A” till “M”.  Where similar letters gets created vertically one above other. Market’s price movement gets divided into each 30 minutes timeframe. i.e. for Indian market, market starts at 9:15 am and ends at 3:30 pm. Hence we have letter “A” formed based on price movement from 9:15 till 9:45 am then Letter “B” will form with price action movement from 9:45 am till 10:15 am, and this will continue till 3:15. Finally it ends with letter “M” which represents price action from 3:15 till 3:30 pm. below image can clear the letter formation and TPO creation wrt time.

TPO is time price opportunity. Entire day’s activity is broken down into 30 minutes, and each 30 minutes represented as TPO by different letters starting from “A” till “M”. Each TPO gets created by a fixed price Letter size, called TPO Size. When any letter from “A” till “M” gets generated price need to move up or down by atleast the TPO Size. However it may differ when direction changes.

Let us consider a situation in the below image, Letter”A” started at 11558 and moved up until 11589, with each letter “A” formed based on price movement of TPO size. Then letter “B” started generating and if price moves 1 TPO size above last “A” formation price then “B” shall form above “A”, if price falls by 1 TPO size then “B” gets created beside “A”.  Similarly for any new letter to form below “A” i.e. “D” as per the image below, price has to come down below last “A”-TPO size in the 4th half hour of trading. As each half hour represents each letter, A is first half hour, B is 2nd Half hour, C is 3rd Half hour and D is 4th Half hour, so on and so forth till the formation of letter “M”, which is the last letter of a profile.

Open and Close price points are also indicative of market’s range and its captured in the image with “O” as open price point with green box and “>” as close in blue box.

The area is where  70% of markets activity take place. In this image the value area is typically ranging from VAL 11480 to VAH 11570

The longest horizontal line having most number of TPO’s closest to the center is generally the point of control, where most of the trading activity take place.

There are different Day types based on the profile shape, specially based on Initial Balance analysis. 1. No Trend: If the Initial balance is not broken during the day, 2. Neutral: Range extension on both side of the Initial Balance, 3. Normal Variation: Extension is double of IB on either side, 4. Normal: Initial Balance extension on either side similar to the size of IB, 5. Trend: Price doesn’t make 6th TPO (column) until “L” letter/period, 6. Running, and 7. Double Distribution. Each Day type gives us an idea how to plan our strategy based on the day type. 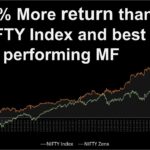 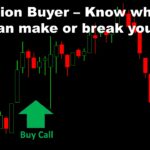 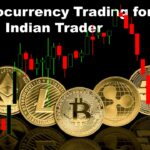 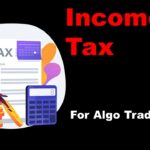 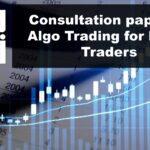 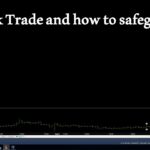 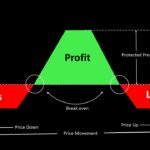 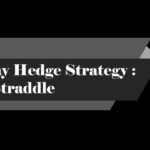 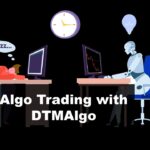 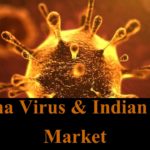 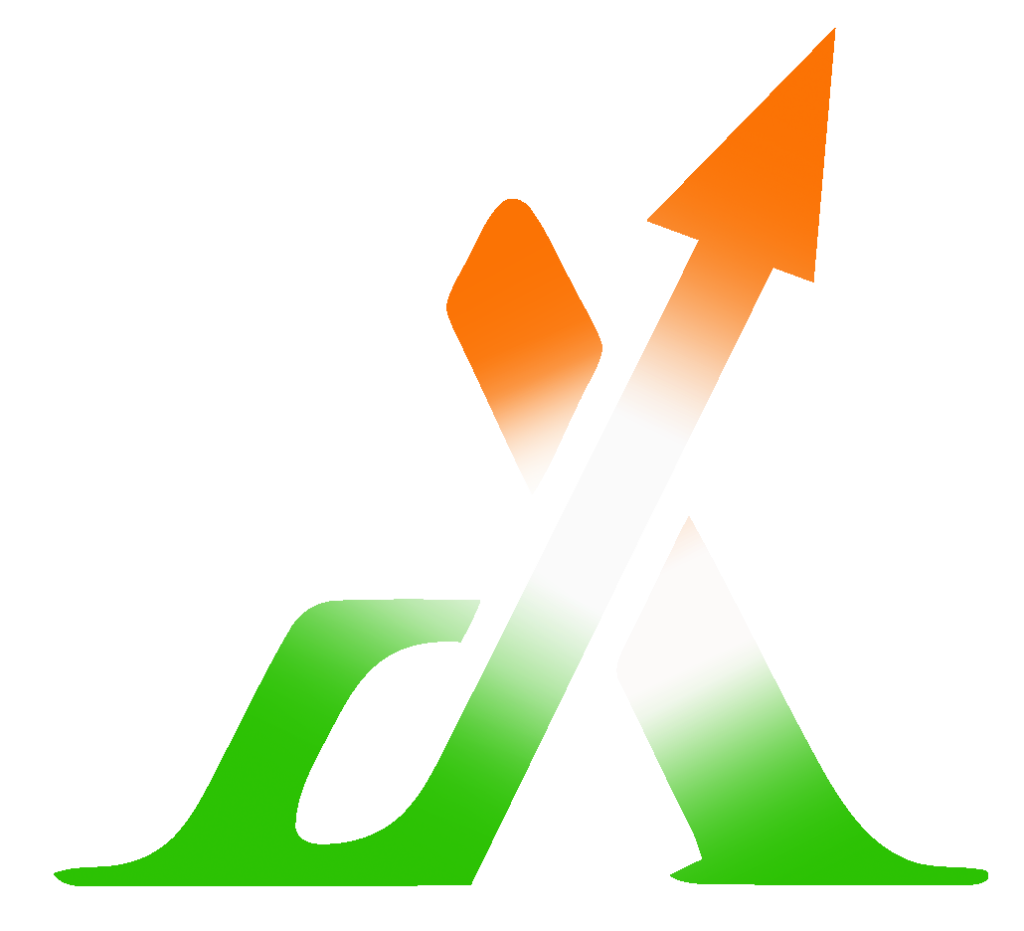 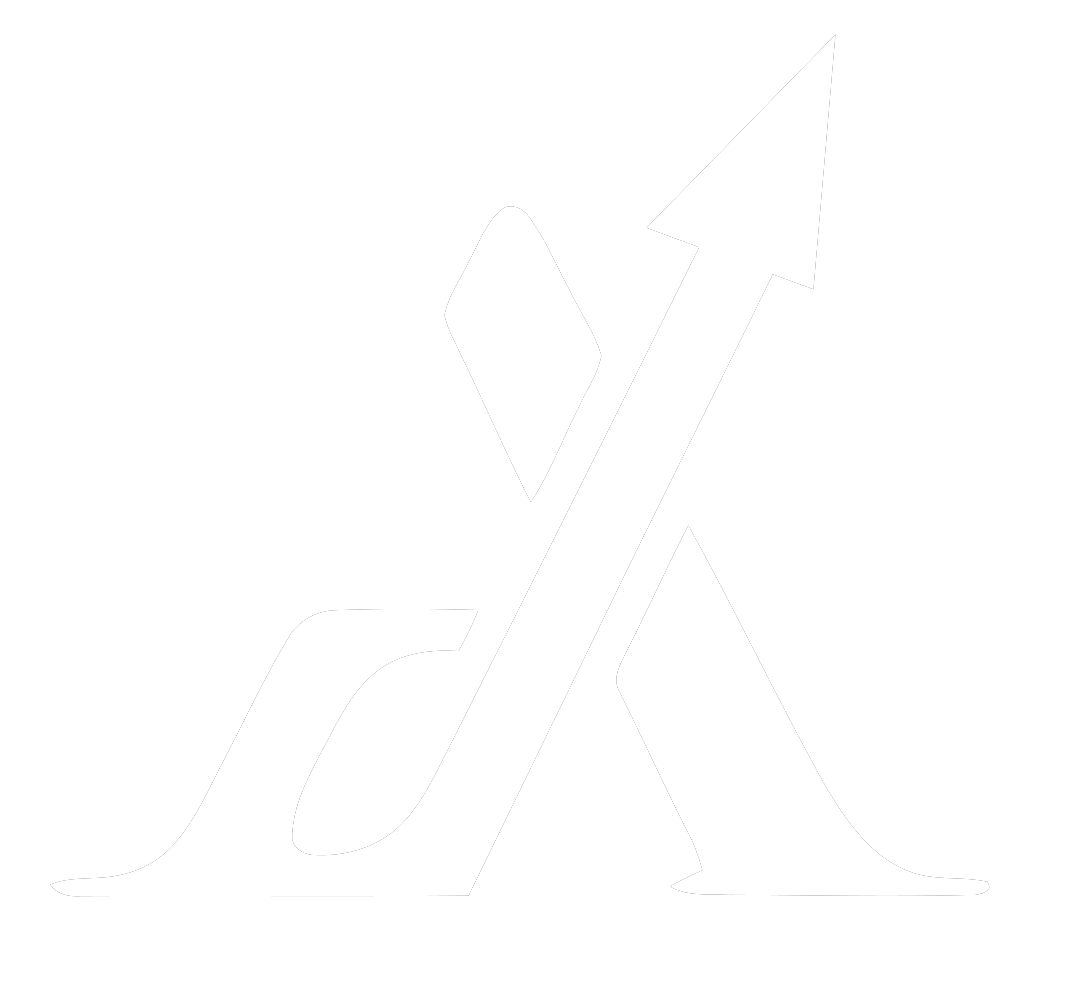